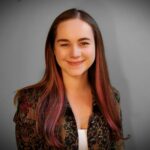 Monica Nickelsburg is a contributing editor at GeekWire, covering technology-driven solutions to urban challenges and the intersection of tech and politics. She previously served as GeekWire’s Civic Editor and worked for The Week, Forbes, and NBC. Monica holds a BA in journalism and history from New York University. Follow her @mnickelsburg

The most powerful lever President Joe Biden can pull to catalyze entrepreneurship in the U.S. is immigration reform. That’s according to two experts from the venture capital community who spoke… Read More

When Jeff Bezos announced plans to step down as Amazon CEO later this year, critics of a plan to tax the fortunes of Washington state billionaires had a field day.… Read More

Washington state could become a national leader in regulating the technologies of the future, thanks in part to a bill up for debate that would establish new guardrails on government… Read More

Tech workers showed up to a virtual hearing Tuesday to voice their opinion on a proposed tax on Washington state’s wealthiest residents. Several startup CEOs and current and former Microsoft… Read More

Washington state will once again try to pass data privacy regulations akin to Europe and California’s laws this year — and the third time could be the charm, according to… Read More

When President Joe Biden and Vice President Kamala Harris were sworn in Wednesday, they inherited a unique opportunity to rein in the technology industry. In addition to bipartisan support for… Read More

When Joe Biden and Kamala Harris take the oath of office on Wednesday, the new president and vice president will inherit a nation in turmoil. Their administration will be tasked… Read More

Amazon has surpassed 75,000 employees in the Seattle region, a new milestone that reflects the tech giant’s continued growth in its hometown over the past decade. Amazon disclosed the new… Read More

When President-elect Joe Biden and the incoming Congress take the helm this January, they will face several unresolved tech policy issues. The Trump administration is leaving behind pending antitrust actions… Read More

Seattle Mayor Jenny Durkan sought to build a bridge between the tech industry and its harshest critics in the divided city during her first term. In a one-week tech blitz… Read More

Amazon has consistently defended its safety record following exposés by the Center for Investigative Reporting over the past year documenting injury rates higher than previously reported at its warehouses. That… Read More

For the past few months, Axon has been reviewing its products and internal policies with an eye toward racial equity, diversity, and inclusion. Companies across the tech industry undertook similar… Read More

Amazon is distancing itself from a pilot program launched by police in Jackson, Miss., that will use residents’ doorbell cameras to monitor potential crime scenes. “This is not a Ring… Read More

It’s been six weeks since Lime’s rentable electric scooters arrived on Seattle’s streets, following a lengthy approval process by the city. In that time, Lime says the addition of scooters… Read More

The technology industry is pushing local journalism over the edge, according to a new report from the office of Sen. Maria Cantwell, a Democrat from Washington state. The report released… Read More

Amazon announced another lawsuit against alleged counterfeiters Thursday, part of the company’s ongoing strategy to portray a tough-on-fraud image. Amazon and J.L. Childress, a seller of travel gear for parents,… Read More

Amazon and its army of logistics workers are bracing for the first-ever fall Prime Day starting Tuesday, as the extraordinary circumstances of 2020 bring new challenges for a shopping event… Read More

Seattle became the second big city in the nation to establish a minimum wage standard for Uber and Lyft drivers on Tuesday. The Seattle City Council unanimously voted to adopt… Read More

Seattle officials are slated to vote on a minimum wage standard for Uber and Lyft drivers on Tuesday that will change the course of ride-hailing in the city. The vote… Read More

The Cascadia Innovation Corridor Conference has made headlines over the past few years for its ambitious goal to connect Portland to Seattle to Vancouver, B.C., with a proposed high-speed rail… Read More

Amazon landed in hot water this week when job posts revealed apparent details about the company’s strategies for identifying potential union activity in its workforce. The company quickly took down… Read More

A new Seattle startup is launching next month targeting the influencers and creatives who make TikTok and Instagram popular. LitPic believes it can differentiate itself in a hotly competitive space… Read More

Amazon CEO Jeff Bezos has remained tight-lipped about his $10 billion climate change initiative since announcing it six months ago. But documents unearthed by Recode hint at how the program… Read More