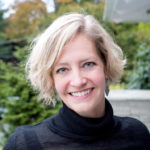 Lisa is from the Northwest and a University of Washington alumna twice over, with a background in cell biology that was jettisoned for the excitement and nearly instant gratification of journalism.

Her first real media gig was at the Seattle Post-Intelligencer where for 10 years she primarily covered environmental issues. More recently Lisa worked as a freelancer for the Seattle Times covering the implementation of the Affordable Care Act. Other recent endeavors include writing and editing for Seattle’s Child parenting magazine, research for Sightline Institute, and reporting for NPR, MSNBC, Smithsonian Magazine and local news websites.

As Washington residents struggle to sign up for COVID-19 vaccinations, a volunteer team of software engineers has created an online solution. COVIDWA.COM provides a list of sites providing vaccinations and… Read More

Femi Akinde and Mike Koss met a decade ago at StartPad, a former Seattle co-working space where Koss was director and Akinde was a startup founder. They both eventually moved… Read More

Steven Halliwell, chief product officer for Promethean, calls himself a change agent. In his current role during the COVID-19 pandemic, that has meant pushing for new approaches internally and with… Read More

Vancouver, B.C.-based Svante has closed a $75 million funding round. The company calls it “the largest private investment into point source carbon capture globally to date.” Since launching in 2007,… Read More

Advancing Women in Product (AWIP), a nonprofit organization with more than 16,000 members internationally, is partnering with Seattle’s Madrona Venture Group and Madrona Venture Labs in order to expand its… Read More

It’s widely understood that COVID-19 has been largely disastrous for schools, but the numbers behind that assertion are still pretty shocking. There are about 1.1 million K-12 students in Washington… Read More

Let’s start with the good news. The number of new COVID-19 cases in the greater Seattle area, Washington state and the national level have all been declining since early January,… Read More

In the first year since it set the goal of becoming carbon negative by 2030, Microsoft announced Thursday that it has reduced its carbon emissions by 6%, dropping from 11.6… Read More

Amazon announced on Tuesday that it was investing in Infinium, a Sacramento, Calif.-based startup that is developing what it describes as “net-zero carbon fuels” that can be used in transportation.… Read More

The new, more-transmissible variant of COVID-19 is now confirmed in Washington state. Researchers from the University of Washington’s Medicine Virology Lab found the variant in two samples from Snohomish County,… Read More

Breakthrough Energy Ventures — an initiative to help the planet reach zero carbon emissions through innovation — has raised its second $1 billion round of funding. The new capital will… Read More

Two years ago, while Matthew Lee was on a sabbatical between jobs, he reflected on his career highlights. “There are certain jobs that I had that I really loved, and… Read More

AltPep, a Seattle-based biotech startup tackling amyloid protein disorders, has raised $23.1 million in a Series A funding round. The venture spun out the University of Washington in March 2019.… Read More

Amazon is making a significant donation to Seattle University to create an endowed chair to lead its Computer Science Department, a move that promises to help the private Jesuit university… Read More

The world of tech loves innovation and thinking outside of the box. Except, perhaps, when it comes to fundraising. As Rebekah Bastian was making her pitch to funders in recent… Read More

Folks curious about making angel investments in promising startups can sign up for online training through the new Angel Accelerator program. The training is offered through Fledge, a Seattle-based worldwide… Read More

In the nearly four decades since HIV was discovered, only two people have been cured of the virus that has killed millions. Researchers in Seattle are hoping to boost that… Read More

University of Washington biotech spinout Opticyte has landed $2.9 million in federal grants and $1.7 million in seed funding. The Seattle startup is developing a non-invasive technology that can detect… Read More

Over his career, Doug Schneider has held leadership roles for companies in telecommunications, web hosting and cloud services. He has founded and led businesses, navigating them through some significant transitions.… Read More

Hyperproof, a Bellevue, Wash.-based startup that helps companies comply with state and international privacy and data protection laws, has raised a $4 million seed round. “We are growing fast and… Read More

In a final parting shot, 2020 delivered this bit of late-breaking bad news: A new variant of COVID-19 has emerged that appears more contagious and last week was confirmed in… Read More

Sung Rhee wanted to make money. He’d been a general manager at Microsoft for nearly a decade, and in the early 2000s he wanted to capitalize on the burgeoning internet… Read More

The TheWMarketplace, a Seattle-based platform promoting women and diverse entrepreneurs, was excited to feature Askanya Chocolates and its Haitian founder on social media. It was perfect for the pre-holiday push.… Read More

Woodinville, Wash.-based Group14 Technologies has raised $17 million to expand development and sales of its silicon-carbon composite material that can replace the graphite anodes in lithium-ion batteries, dramatically improving their… Read More

With a resume that includes Microsoft, Amazon and the shipping powerhouse Convoy, Seattle’s Greg Akselrod is hardwired for data. And the numbers around the support for the COVID-19 vaccine troubled… Read More

When Jasper Kuria considers strategies for addressing racial inequity and social injustice in the U.S., he puts support of Black entrepreneurs at the top of the list. “It’s really about… Read More

As the U.S. Food and Drug Administration on Friday evening approved the first COVID-19 vaccine for emergency use, experts are reassuring the public of its safety. The message is: while… Read More